What is the first thing that pops into your mind when you hear someone got engaged?

How did he propose?

I sent a picture of my ring to my friends and I got a few interesting reactions. Some didn’t realize it was a engagement ring, whilst others connected the dots right away.

The first question was,

I mean how would they know?

Since the beginning of time, it’s typical for a man to ask a woman for their hand in marriage, but why is that so? I thought we were suppose to be equal? I thought a woman can do whatever she wants to do? So why does the man have to ask? Why put all the pressure on him?

Every culture share different ideas with the concept of marriage, in some countries you have to ask permission from the partners parents first, others you don’t even get to choose your partner. Some might see them as silly wedding traditions, whilst others see them as sacred.

Why did I ask?

I always told myself as a kid that I would ask someone to marry me if it felt right and if I was ready. I didn’t expect my partner to ask me nor would he know that I would ask him. I would just leave it and see who would ask first. Even if he did beat me to it, I wouldn’t have had any hard feelings. If it happens, it happens.

I wanted to ask him to marry me in Paris because that’s where our relationship started many years ago. Was he expecting it? No. Never in a million years. Did he know that I had something planned? Clearly not, his face said it all.

It took him 10 minutes to realize that I was asking him to marry me. At first he thought that it was a prank, which I found hilarious.

I handed him a gift and told him it’s an early birthday present. He opened it and saw a pen with the engraving,

“Will you marry me Joshua?” 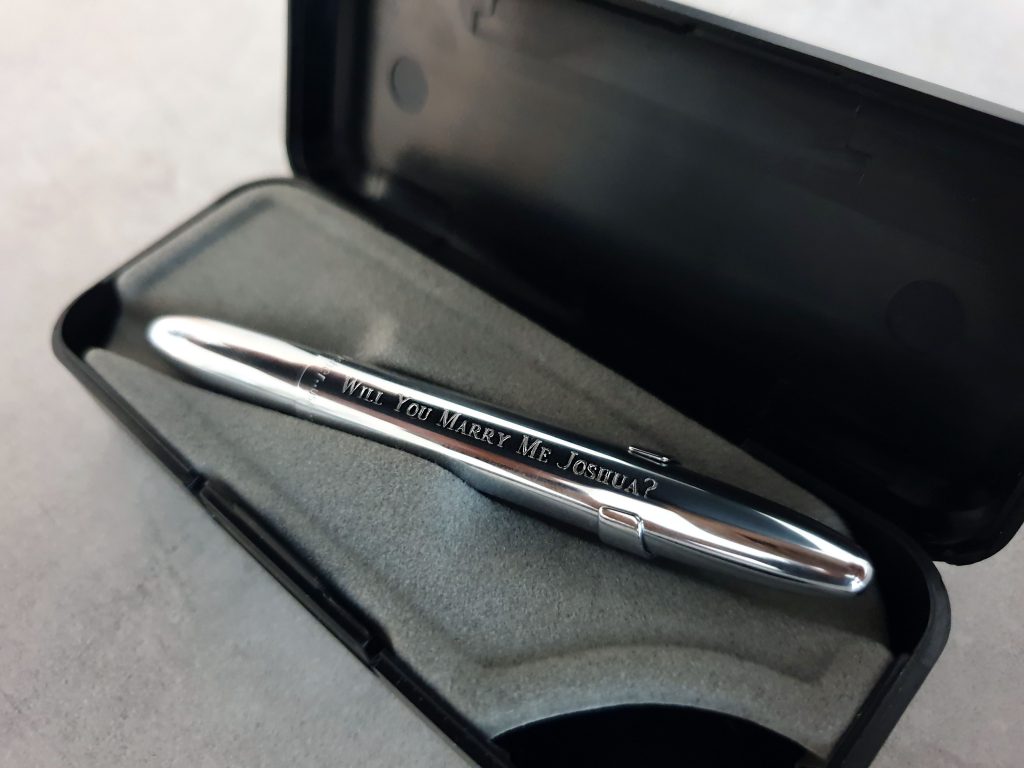 The next day, he bought me a ring in Paris and put it on my finger.